For the last two years, Frank’s been thinking and talking about retiring his clown Franco Bassetti. Being a clown on the street is hard physical work and some of it didn’t agree anymore with Frank’s ageing bones. Last summer when we came back to Cardiff, we heard that the Welsh National Opera were planning to resurrect a 20 year old production of Cavalleria Rusticana and I Pagliacci, in celebration of the Opera’s 70th birthday. They were looking to employ as many from the original cast as possible, and Frank got his place as a clown in the clown troupe.

We came back to Cardiff in April this year, in time for the 6 week rehearsal period. I was not allowed to know anything about it, other than the fact that Frank came home completely drained of energy on rehearsal days. So it was with great anticipation that I went to the dress rehearsal last week. I was completely bowled over by the beauty of his performance. Ok, it’s a nice piece in itself too and the others were doing pretty well too, with a great chorus and exceptional principal singers, but in my view, Franco stands out above all others.

Despite the fact that his part has been toned down several times so as not to pull focus from the singers, Franco still shines. He doesn’t need to do much, his presence and way of moving captures the eye as soon as he enters the stage. He’s like a butterfly and compared to him, everyone else seems glued to the ground.

Ok., maybe I’m biased, but do go and see it if you can, see if I’m right – they have a couple more performances in Cardiff and two in Birmingham! This may well be the last time you can see Franco. 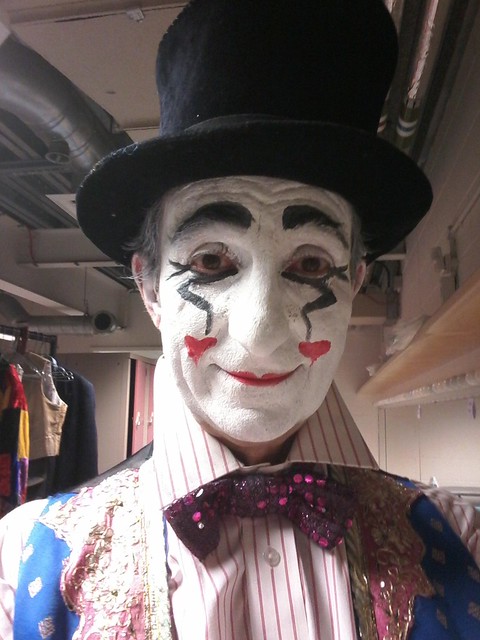