Not on many people’s itinerary but for me a rare opportunity to drop in on an old friend/work colleague and introduce Ruth to Terry Lee-Wright, formerly one half of Green Ginger UK, puppeteers extraordinaire – the other being Chris Pirie, who lives and works in Bristol – but now one half of Les Green Ginger France, the other half being his lovely wife Laurence (Lo).

I hadn’t seen them for 6 years – then on my way to Sweden, to present a commercial idea to sweet manufacturers, Lakerol, featuring Franco Bassetti and onwards to visit my oldest brother, Phil and his Swedish wife Eva. (I had worked with Green Ginger in various guises, notably as part of a festival put on by Carrefour in 1994 at all their major stores in France – we got lucky with Paris!)

Terry gives us a guided tour of their extraordinary home – an 11 metre tall converted barn, with spacious living quarters and a beautiful long garden, complete with shaded bar! Stepping into the work- space, with its green-screen and puppet workshop, is like entering an alternative universe: characters and posters from past shows seem to cover every inch of floor and wall space and yet there is still ample room for work benches, props and storage. The timing of our visit is ideal, as they are about to show a film they had made with nearby school children, to be followed by a performance of their current opus Petit’Tom, in a village some 30km away. 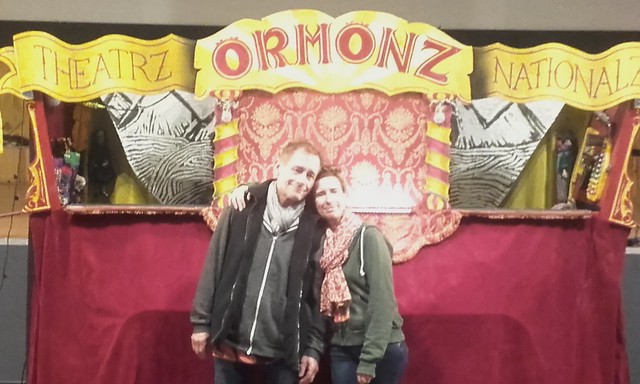 There is a tremendous buzz in the hall as we are all drawn into the strange world of Ormonz and it’s wonderful to see the children engaging with the characters and the imaginative journey they embark on. Nico, Terry and Lo’s 11 yr old son, is also a joy to be with and at home is keen for us to hear his guitar playing – a lively mixture of rhythm and melody with a distinctly Spanish flavour. The day after the performance we cycle to the river and spend some relaxing time taking in the unspoilt nature of the area and looking for fossils on the river’s edge. 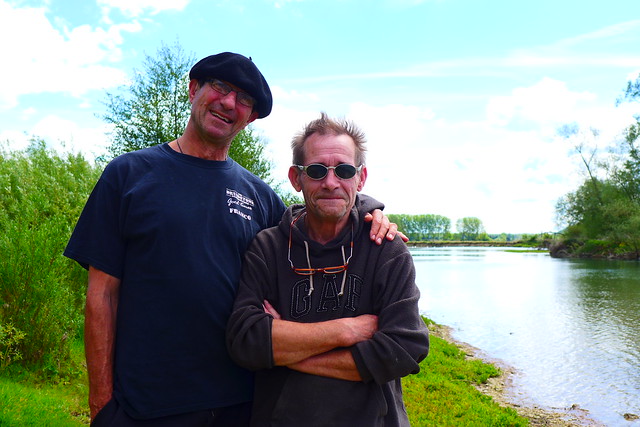 I’m keen to accompany Terry and Nico on a trawl through three nearby vide grenier, something I miss whilst travelling, tho’ we don’t uncover any bargains – in fact, for me, the highlight is a small vintage car rally at one of the villages, featuring some beautiful old citroêns. 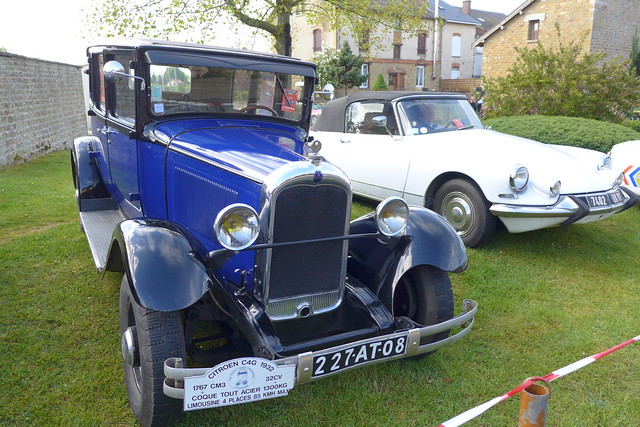 Otherwise, we hang out, enjoy some great meals together and catch up with each others’ news. Terry and Lo tell us of their imminent project, the nature of which they are struggling with, given the restrictions they face working in a high security prison, where their brief is to foster a better relationship between a small group of inmates and their children out in the real world. Research shows that there is 80% less chance of re-offending in cases where there is a meaningful relationship between prisoners and their children….we can’t wait to hear how this project goes.

For more photos taken during our time in Wiseppe, click here