We’re up at dawn and go for a quick dip in the sea, with the guys from the military looking on with incomprehension. Who would chose to jump into such cold water? Their faces seem to say.

By the time the sun rises, we are already on our way. We stop for breakfast somewhere high up on the cliffs. Just when we’ve sat down to a plateful of scrambled eggs, a boy appears, satchel on his back. He starts to talk to us in Arabic. How I wish I could understand more. But it is clear that he wants money from us. All through Morocco, we have searched for ways to deflect this energy of begging into a more positive contact, a more fulfilling and lasting exchange. This time, it is hard. The boy is in some kind of distress. I don’t understand what he’s saying. We offer him food but he declines and wants money. He starts crying. He says something about his parents, or his family, and something else about his school. My guess is that he has to pay for something in school that his family cannot afford. Or maybe he’s putting on a really good show of distress. If we had more language between us, I’d be able to react more adequately. From everything we have seen in the last months, it doesn’t make sense to just give him money. Let’s say, it is as I seem to have understood. He needs money for school. Lets say we give him some and he delivers it. What does that solve in the long run? Next time he needs money, it’s the same story. Also, how do his parents feel if as a foreigner I help out with something that they would like to be able to offer themselves?

It could also be that he was a refugee, but in that case I would have thought he’d gladly accept the food.

Eventually he walks away. As soon as he’s gone, I see other solutions to this situation. I should have offered to come with him to the school, or to somewhere where there’s an adult who can translate, to find out what really is the matter. This would either have called his bluff, and/or I might have been able to really help him in some way. I feel so sluggish sometimes. All my creative thinking goes out the window when in a situation!

I look out for him as we travel on, but cannot see him anywhere along the road.

Before we head for Tangier, we stop off once more in Tetouan. The old medina is calling us once more, to stock up with spices and dried fruit, and to immerse ourselves one more time in the beautiful chaos, full of colours, sounds and smells, that makes the Moroccan markets so inimitable. 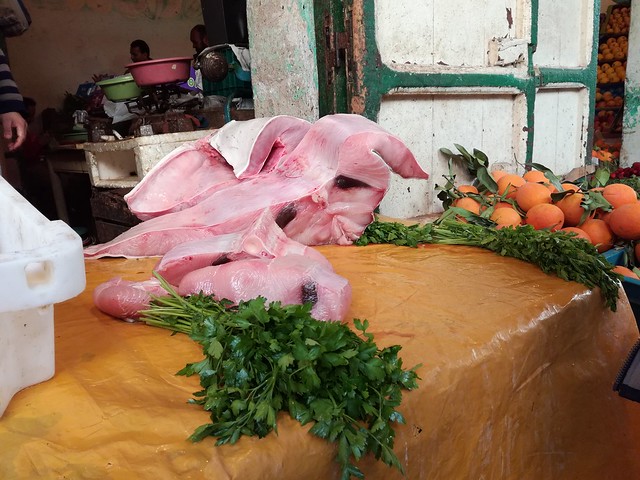 We get lured into a beautiful ancient Pharmacy, with shelves upon shelves of jars full of mysterious herbs and spices. 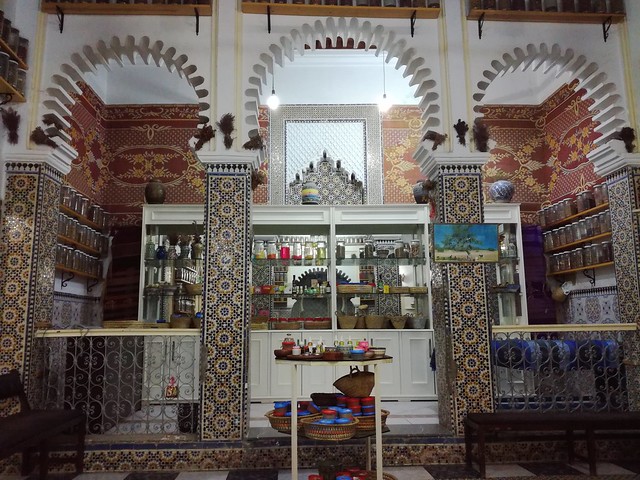 Our last stop in Morocco is not far from Tangier harbour. We have arranged to meet up with a lovely young German family we met in a campsite some weeks ago. As we follow a bumpy road through the hills for the last 20 miles to Tangier, rain settles in properly, running down the roads and turning any earth patches into mud bogs. The landscape could be northern Spain, or even Wales, witha  bit of imagination… 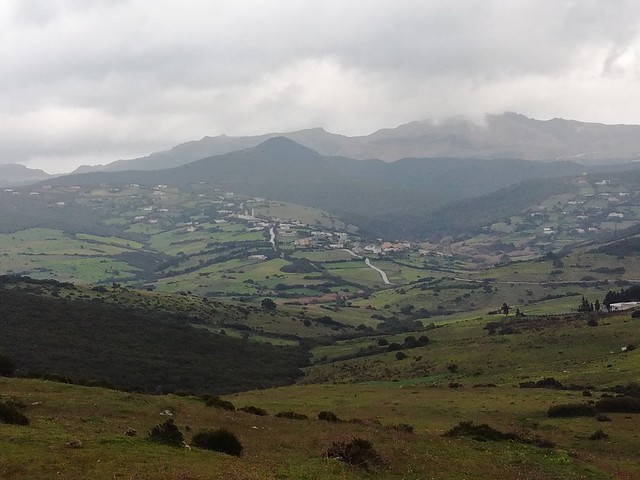 We park up next to the family’s 4×4 and invite them for a meal chez restaurant Rozelaar. We talk about our travel and share plans for the future. Their older child, a boy of 6 years, wants to go to school, so it’s time to settle down and they are heading back to Germany to buy a house, having traveled for a couple of years. It’s nice to see their happy anticipation for this next chapter in their lives.

Despite the rain and windy gusts, Frank and I take a little trip to the local market. We get chatting to a street vendor and the conversation turns to the King. Just as we have heard it all across Morocco, there is a strong support and admiration for the king from this man. He tells us that just the other week, the King came by in a car, just him and his cousin, no bodyguards.

We want to write a letter to the King.