We’re awake early again, in fact early enough not to be woken by the melismatic sound of the muezzin broadcasting at high volume at 5.40am. This happens a lot wherever you stay in Morocco, but thankfully, this one is a really good singer, and we lie in bed listening with rapt attention. We had a good night, in spite of sleeping directly underneath the ubiquitous ‘palm tree’ (or in this case a ‘pine tree’, since we are in a mountainous area): 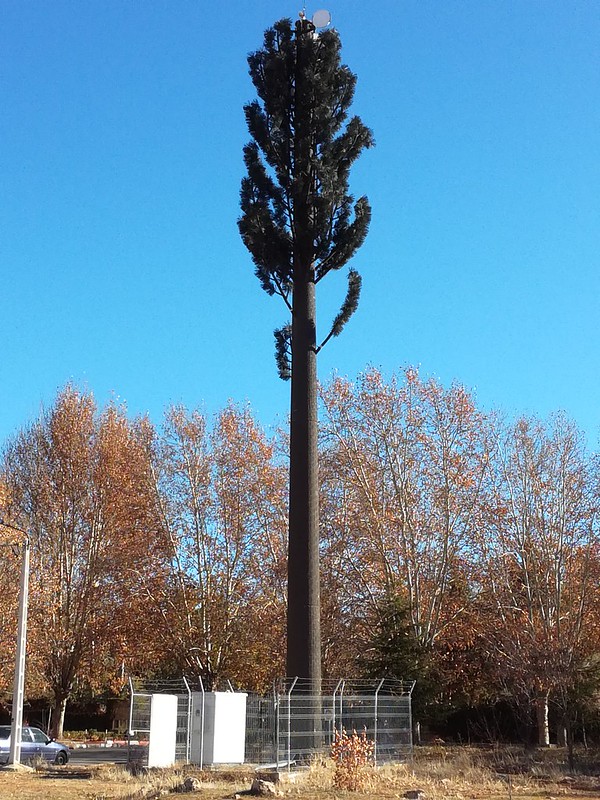 The internet tells me that Ifrane has its weekly market on Sundays, so we hop on our bikes and cycle into the part of town where we think it may be. We ask for directions to the Souq and get sent with great clarity in one direction. After 500 metres, we ask again and get sent, with equal clarity, in the opposite direction. And so it goes on for a good hour or so, while we discover everything but the Souq. Finally the mystery is partially solved: there are several markets – one is an established building, housing the daily municipal market, the other is a more ephemeral Souk that happens once a week in a dusty and stony valley on the outskirts of the town. There are also several totally different ways to get there. We go shopping in the municipal market as it’s so close to our van, where we meet a friendly American who lives here and is fluent in Arabic, thus can explain to us the meaning of some of the signs which we unsuccessfully tried to Google translate. It is still hard for me to properly read handwritten signs, so something that comes out as ‘The mystery of softness’ (and leads me to believe that what we are trying to translate maybe a quote from the Q’uran) actually turns out to be an advert for Tender Goat Meat! 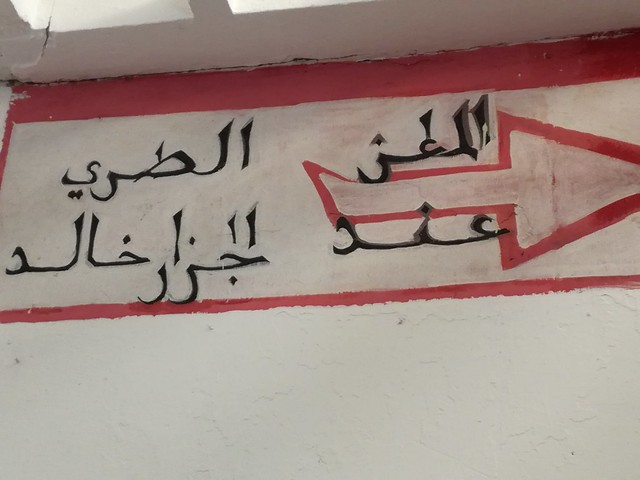 We ask the American, a university professor, how he feels since the awful unmentionable number one person of America has made those divisive statements about Jerusalem. Does he feel anxious about his and his young family’s security? He shakes his head. They usually can differentiate pretty well here, between a person and what their government does. I lived in Morocco during 9/11 and the invasion of Iraq and never have I felt unsafe. But this is a small town, it may be different in the larger cities.

We bring our shopping home to Emma and set off once again on our bikes to find the other Souq and it’s well worth the hunt! This one is the real thing, cheap good quality fresh local veg and everything else you may or may not need is on offer. It’s a true a feast for the eyes, ears and nose! 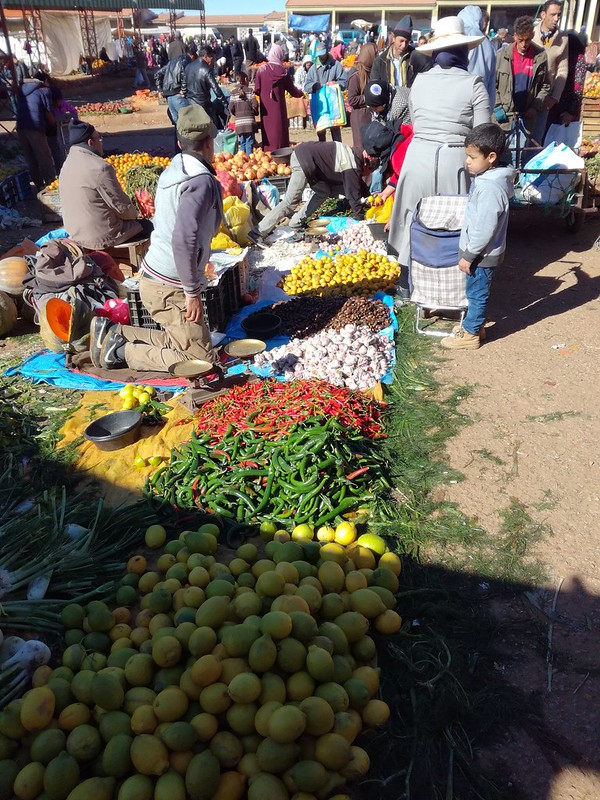 The weather forecast predicts several days of heavy snow in the direction we are travelling, so we stock up with food in case we get snowed in and then we drive another 60 km to a Cedar Forest near Azrou where we have been told we can see monkeys in the wild, apparently the only free-roaming colony in the whole of north Africa.

for a series of photos of Ifrane’s Souq, click here